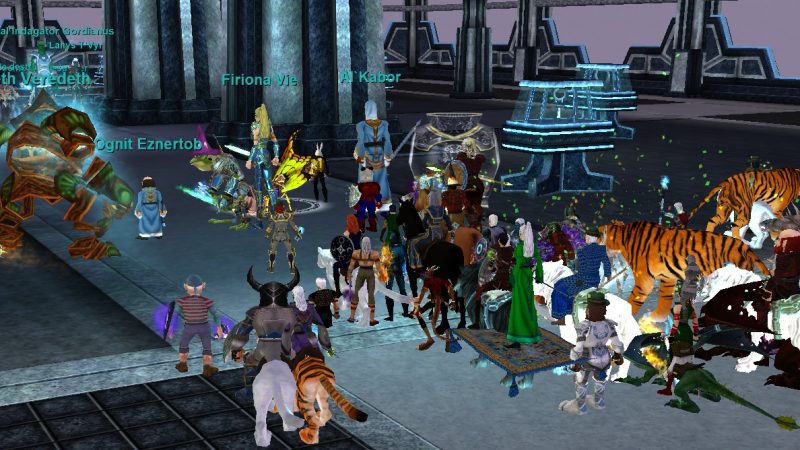 Most of us have long since given up on unraveling the incomprehensible threads of Everquest lore. Lanys made yet another appearance in The Darkened Sea, this time in cooperation with “The Combine,” some sort of Neo-Roman Imperial imitators.

We here at Resolute had a bit of a Combine in store for them as well. Welcoming an influx of very talented new raiders from Arcane Ascensions, we rode roughshod through Arx Mentis, one-shotting every raid encounter presented against us. Perhaps we’re the Neo-Visigoths in this analogy. Nonetheless, all their frustratingly similar, Latin-named weapons now rest in our hands, ready to cut down our pixelated enemies as we forge onward into the Broken Mirror!