Resolute goes to the moon

The much anticipated launch of Luclin is here and the wait is over! An extra 6 weeks in Velious felt like an eternity but it was going to pay off with content that worked properly in Luclin right? Daybreak Games told us the extra time in Velious and Luclin (4.5 months each on a server designed and marketed for 3 month releases) would be used to ensure the instancing of raid content worked properly. Sounds reasonable right? Nobody enjoys broken content…

Unfortunately, upon launch, the content did not work properly and some guilds took advantage of broken content to exploit the heck out of it in the name of racing to finish the content first for “bragging rights” in a 17 year old game, what an accomplishment…

Let’s be clear right here and right now; Resolute will never “cheese” or exploit content, not in the name of “getting ahead” or for anything else. Our “thing” is to do the encounters the way they were intended and if that makes them harder or takes a little longer, so be it. We don’t shy away from challenges and we destroy the content we tackle anyways. But the most important thing is that we do things with integrity; that’s the Resolute way.

The Emperor is dead

Due to extenuating circumstances (exploits by other guilds causing the instance servers to be down two weeks in a row on Thursdays, our designated Ssraeshza day), we had to wait until this Tuesday, 10/11, to finally tackle the Temple of Ssraeshza. We destroyed everything on our first attempt. We didn’t pull Emp to zone in or try to circumvent the encounter as others have, we tanked everything, killed Emp and took his loot. 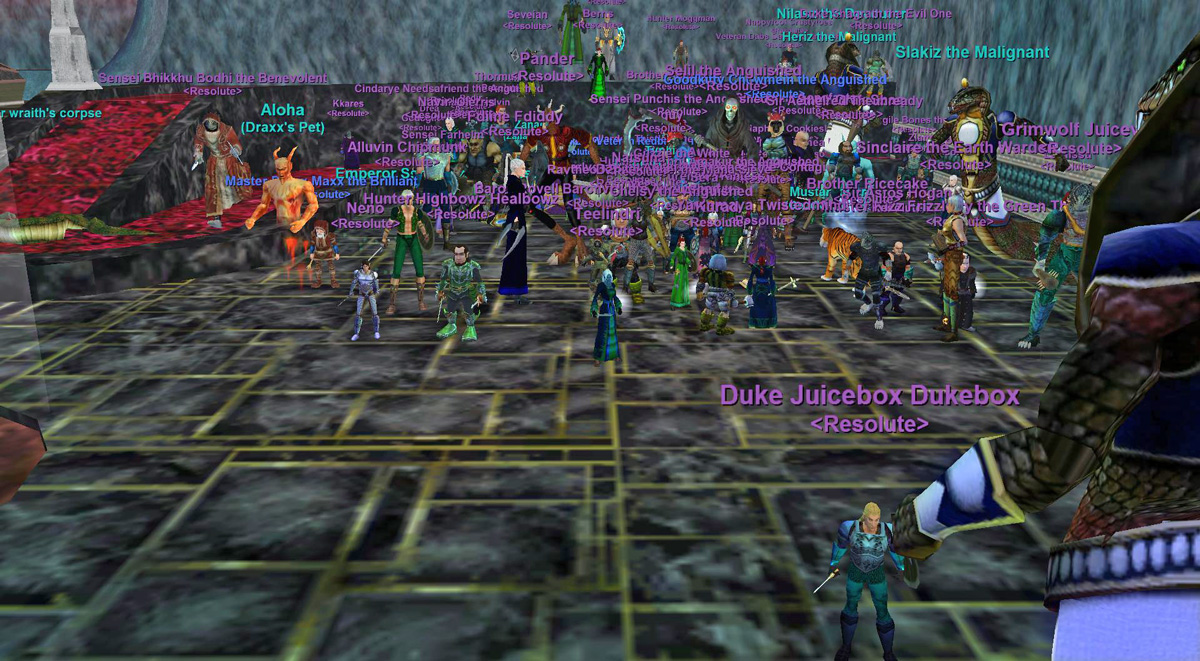 The week before? Everything else died, on our first attempt, including Khati Sha (which also appears to be broken; adds didn’t come alive and the AEs weren’t all working).

Next up, Vex Thal .Upward and onward.