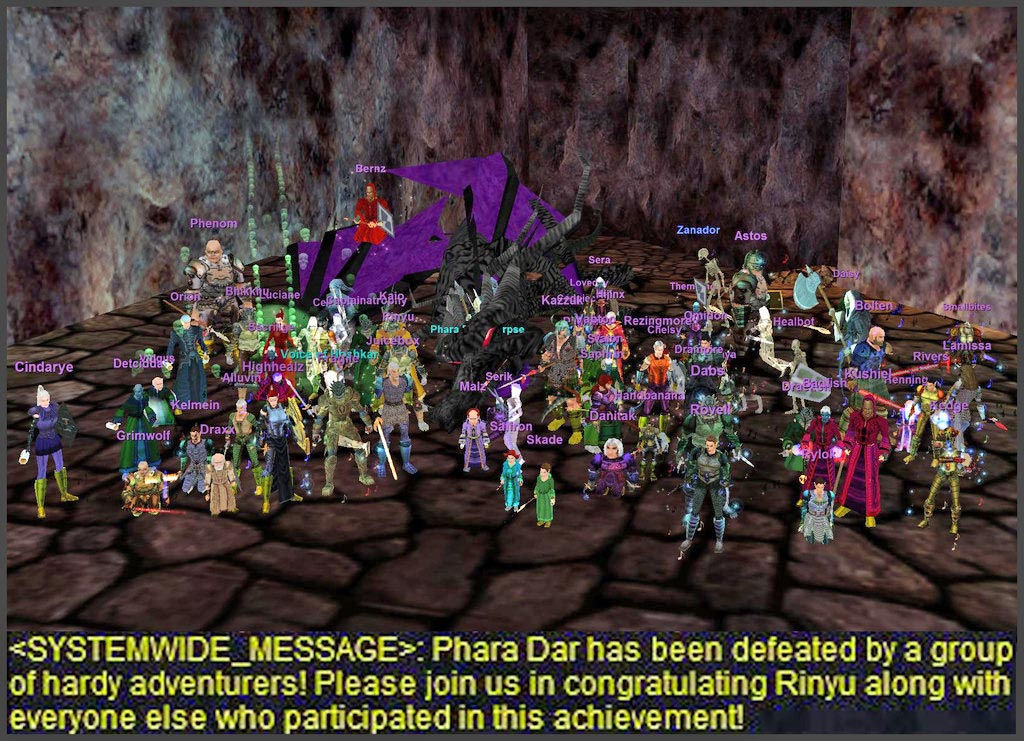 Resolute is proud to announce that we’ve conquered Veeshan’s Peak just 29 days into Kunark and, as such, we’ve now cleared all raid content the expansion has to offer. For a guild that prides itself on raiding just twice a week (3 hours on Thursdays, 5 hours on Sundays), beating VP this quickly is a huge accomplishment and another leap forward for Resolute on the Phinigel server.

For most of our members, venturing into Veeshan’s Peak this evening was the first time they’ve been back in over 15 years. We worked through the dungeon meticulously, first downing Silverwing, then going for Phara Dar for the serverwide spam, followed by killing Hoshkar, Nexona, Druushk and Xygoz in short order.

Prior to the launch of Kunark, our goal was to level as quickly as possible to 60, kill and farm all raid targets outside of VP to gear up while doing the atrocious key quest. Ultimately, we hoped to have a shot at doing VP before the end of the expansion. Throughout this process, we’ve learned that we’re a real force to be reckoned with and our future is bright! Kudos to all our members for going the extra mile with maxing out levels and finishing the key quest.

To the victor go the spoils and now it’s time to gear up for Velious!

Interested in our guild? We’re always looking for great people!

Being a guild that prides itself on raiding just two days a week, our recent success in Veeshan’s Peak prompted an interesting question from the peanut gallery… How many more raid days would Resolute need to add to continue clearing all relevant content each week now that VP occupies our Thursday raid slot? One more day? Two?

How about zero more days?

This Sunday, we challenged ourselves to split our raid force and double up on as much Kunark content as possible. We started the evening with a quick CT/Draco kill in fear followed by Gorenaire. Then, we went on killing spree that yielded twice the rewards. We split-raid Lady Vox, Lord Nagafen, Venril Sathir, Severilous, Talendor and finally Trakanon. The end result? In just a little over 4 hours of raid time, we dispatched 14 raid bosses, obtained 23 pieces of new loot for our members and found a fun new way to challenge ourselves. 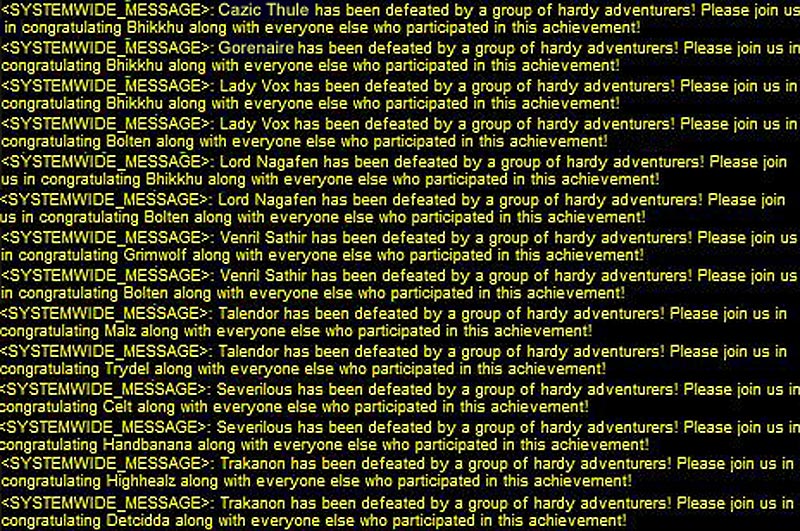