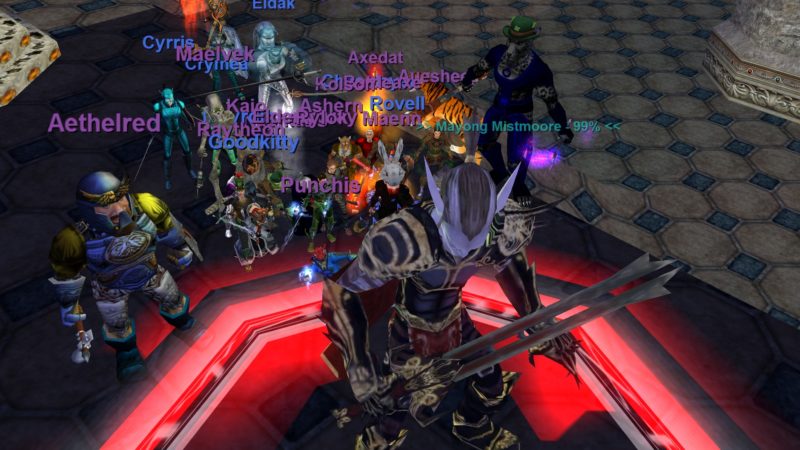 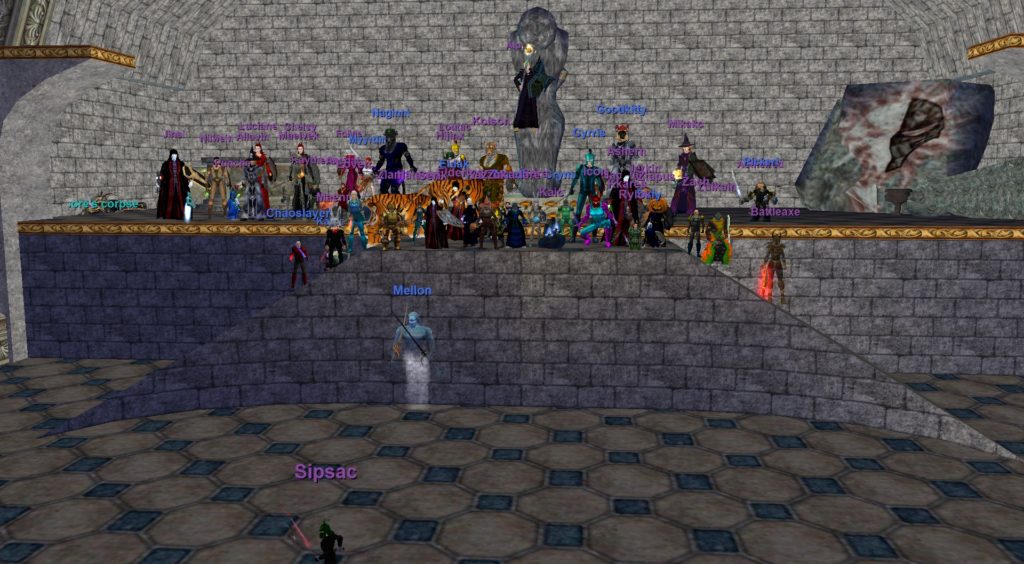 Mayong Mistmoore fell to Resolute. Depths of Darkhollow is now complete and was actually a really fun expansion! 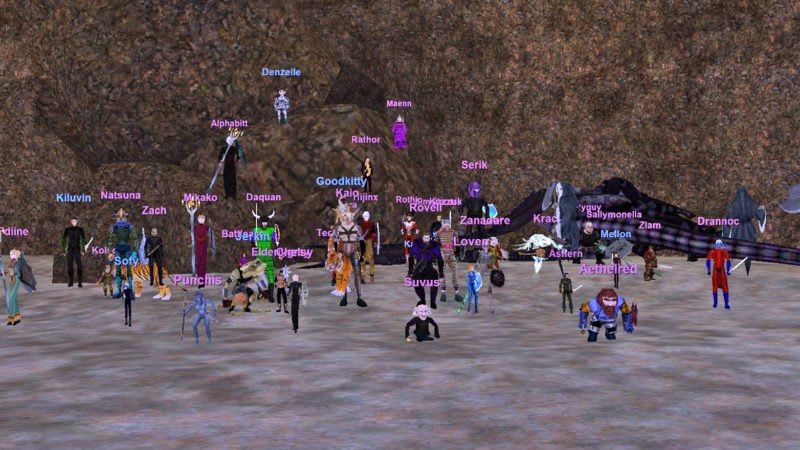 Resolute has vanquished Vishimtar the Fallen on the second day of the launch of Dragons of Norrath (1st raid day for Resolute). Also dead this evening were Yar`Lir, Kessdonna, and Rikkukin.

Time to farm missions while we wait for a more significant expansion (Depths of Dark Hollow). 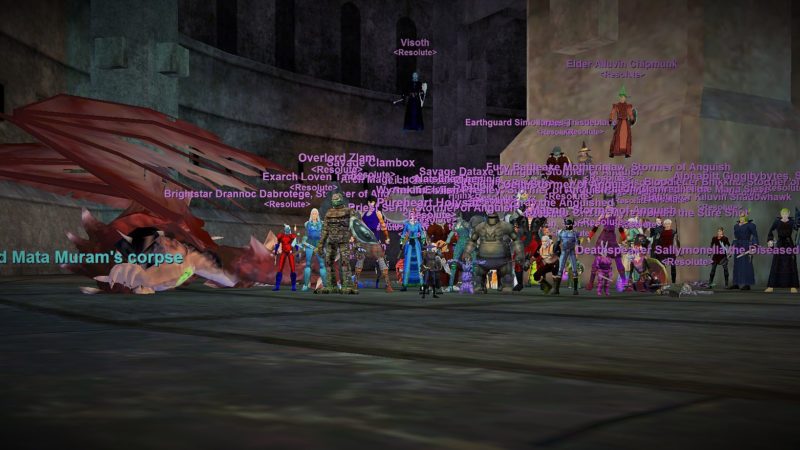 In just a little over 4 days, Resolute has overthrown the head honcho of the Citadel of Anguish, Overlord Mata Muram, to complete the Omens of War expansion.

Classic took us almost all era to complete. Kunark 29 days, Velious 24 days, Luclin 18 days, PoP 16 days, GoD 8 days and now OoW in 4… It’s honestly bittersweet in a nostalgic kind of way. The days of having to invest large amounts of time to farm levels, gear and keys/flags (thankful for this one) appear to be over and finishing expansions in short order is the new norm. There’s something to be said about having to grind it out; the accomplishments feel more rewarding maybe? So be it! Resolute will do its share of loot farming in Anguish as we await Dragons of Norrath in December.

With that being said, we were scheduled to do Anguish on Tuesday but after some solid grinding of levels and a ton of cooperation helping each other get our signets, we were ready ahead of schedule so we finished our last two remaining MPG raid trials on Sunday and decided to venture into Anguish to see how far we could get. Our force of 48 strong moved in, dispatching boss after boss and suddenly we realized we were at the end and only OMM was left… Excitement (and nerves) overcame our raid force as we saw what was next… We hadn’t expected to get this far this soon, nor did we invest any time learning these encounters on Test prior to expansion launch so we thought we would learn by doing and had allocated 3 hours of potential wipes to get it done.

We wiped on our very first attempt, made some adjustments and then proceeded to take OMM to 20% to trigger phase two. We worked our way back and our lack of experience with the encounter led to us clicking up and not immediately engaging OMM so the encounter reset and our hearts broke has we watched him go from 20% life back up to 100%… UGH!!! We reset and refocused ourselves and did the event again, got it to phase two and then worked our way back. This time, upon clicking up we engaged immediately and shortly thereafter we beat the encounter. That win felt like a real accomplishment. It’s been a while since an end-game boss made us feel that way.

PS: If you would be interested in playing a druid, bard or warrior in <Resolute>, hit up Rovell in-game for a discussion. We’re looking to add one of each! 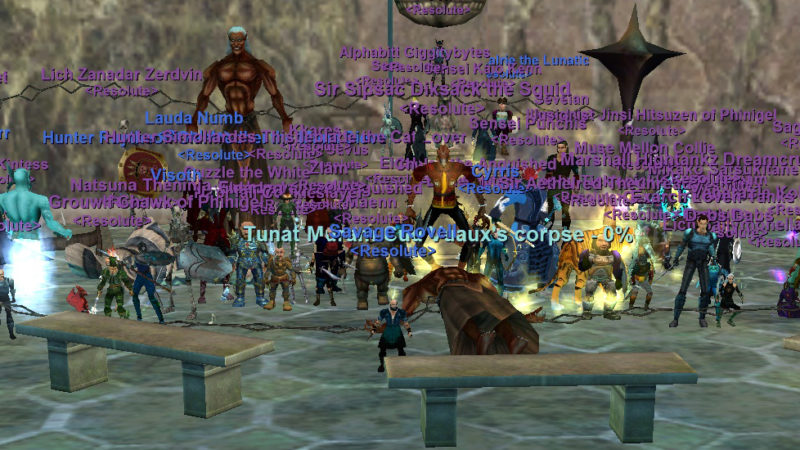 Just what the doctor ordered, the release of a new expansion, Gates of Discord and its glorious, fresh content! Resolute did its thing and was strong out of the Gates on raid days, taking just 1 week to beat the entire expansion.

After some early challenges with an NPC that ate our turn-in items after Ikkin3 and some bad luck on our first ZM’TZ raid, having successfully killed High Priest meant we were going to have Tacvi access even though ZM’TZ wasn’t defeated initially. Our first Tacvi raid resulted in a very dead Tunat after he was zerged to death with Vet Rewards, that didn’t make for a very good screenshot, so pictured above is our very next kill where no Jesters or Steadfast Servants were used – just good ol’ fashioned Resolute beatdown. 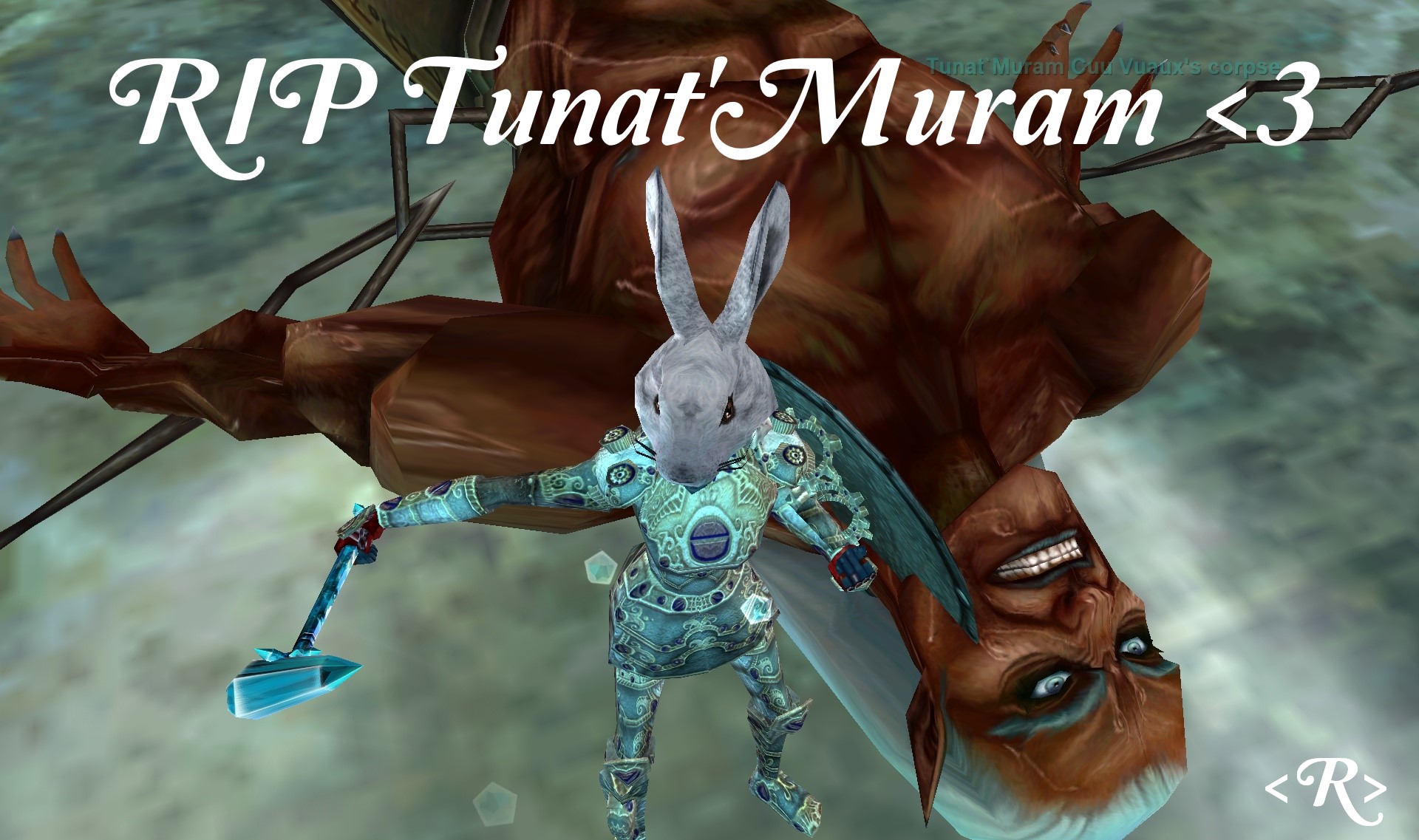 The days of wasting away leveling up the LDoN charm are thankfully replaced with days of wasting away questing for BIC (Breakdown in Communications). Congratulations are in order to Zanadar for completing Resolute’s very first BIC on 7/27/17. The reward is an aug that will last several expansions and anybody… ANYBODY… with bag space and time (but mostly bag space), can complete it.

Rovell and crew were counting down the days to GoD launch to execute a plan that had been in the works for weeks. The challenge? How to level 1-65 in the least amount of time and become Phinigel’s very first level 65 Berserker. The answer? A lot of research, preparation were needed. Upon launch, solid execution and help from up to fifteen different people over time helped make this goal become a reality!

The leveling path this crazy crew took was: Warrens -> Mistmoore -> Dalnir -> City of Mist -> Droga. Below, a chart that shows how much time was spent in each 5 level increment. For example, it took 2 minutes to hit level 5. Then 4 minutes to go from level 5 to level 10. An interesting observation is that it took more time to get from 10 to 15 than it did from 45 to 50… Hint: Move on from Warrens sooner next time! 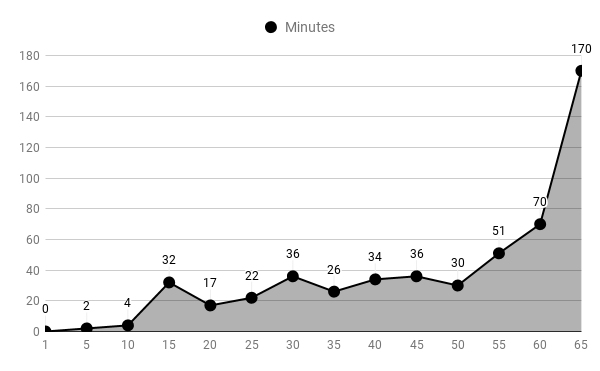 As you can imagine, there were many congratulations in order, and some flaming. For the record, yes all of his skills were quickly maxed. Yes Resolute carried the Zerker on its first raids on Thursday, but after that it was a non-issue as Rovell geared up quickly. 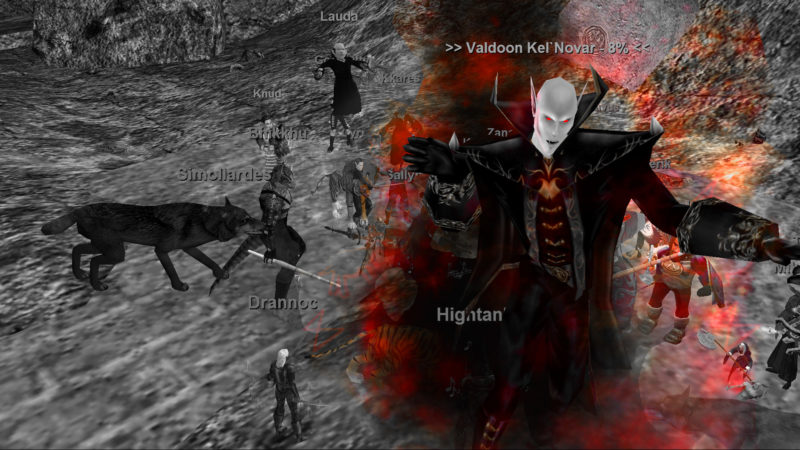 It’s been a long 6 months… of Planes of Power and 3 months of Lost Dungeons of Norrath. The augmentations available via raids in LDoN are nice and all but the raids just aren’t very epic. There’s not much of any wow-factor and so they feel like a chore. Luckily for us, Gates of Discord is just 9 days away as of this posting! 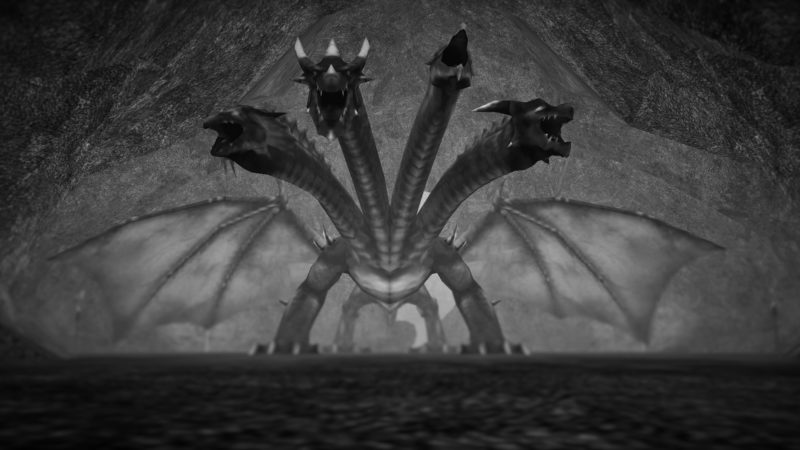 Resolute conquered the Planes of Power over 4 months ago, now enjoy the video! 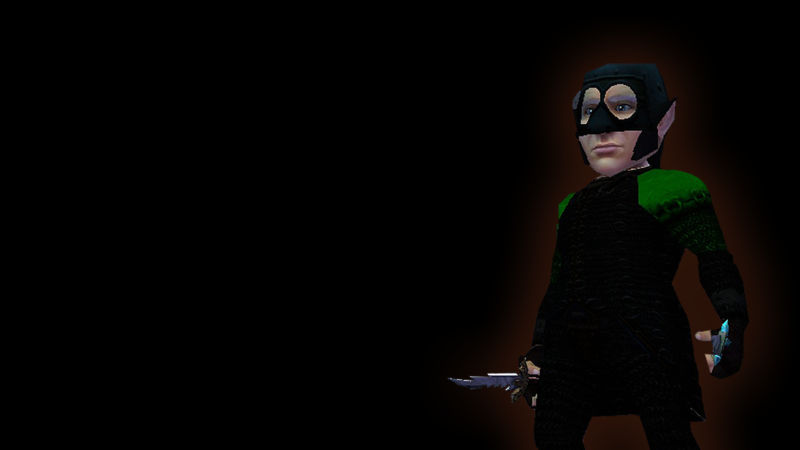 In a world where many different classes in EverQuest can solo well, one rogue tries to find a way to improve their skills to be able to solo. See the journey of the game’s most unfriendly solo class as he acquires the power to fulfill his solo dreams!

Resolute has no memory of clearing the Plane of Time… or do we?

The Planes of Power welcome Resolute

Aten Ha Ra and her cohorts fall to Resolute