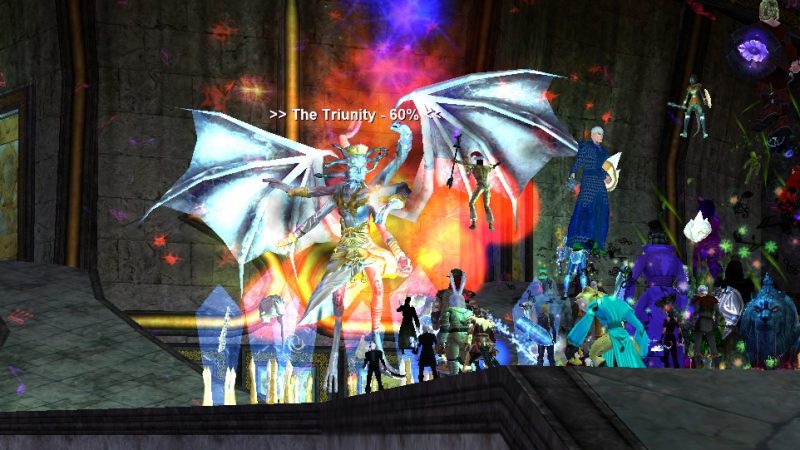 The Triunity Tests our Sanity

Welcome to the era of raid currency, open zones from the start, new Guild halls, needing small groups just to take down group named and more difficult raid mechanics. Some would consider this modern EQ. The fifth Renaissance in many ways.

The devs responsible for designing the raids this expansion can go straight to hell. These were some of the hardest raid fights we have ever faced, most requiring extensive personal responsibility. We are now getting to the eras where not all the raid info is easily found online. Even so, Resolute being Resolute, beat the expansion within a month, maintaining our spouse friendly schedule of three set raid nights a week.